Follow our program exactly and lose 5-10% of your body weight in the first 10 days.*

Free consultation at our Boston office!

For over 25 years we have successfully helped people improve their health, looks and quality of life. The Sadkhin Complex® has set a worldwide standard for natural, drug-free, and rapid weight loss using acupressure to effectively curb the hunger and cravings typically associated with a restricted diet.

The Sadkhin Method® is our classic program designed to help you achieve safe, rapid weight loss. It includes our patented acupressure technique for hunger control using acupressure beads as well as a restricted eating plan to help you cleanse your system, synchronize your organ function and balance your endocrine and nervous systems.

Weightloss Boston provides a new and effective approach to weight loss through Dr. Sadkhin’s discovery of sixteen biologically active hunger control points behind the ears named The Sadkhin Points®. This non-invasive technique allows you to stimulate the hypothalamus and secrete the hormones that control hunger and dramatically reduce hunger pangs. Patients follow a strict dietary intake program without the difficulty normally associated with debilitating hunger. 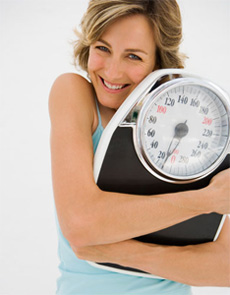 Our program is designed to change your eating habits and help you to lose weight rapidly and safely. Patients can expect to lose 5%-10% of their excess body weight within the first ten days. *

This revolutionary program typically shows results immediately with a loss of inches around the waist as the body seeks its own equilibrium, while hunger is being controlled with The Sadkhin Method®. Then, following a simple all-natural dietary plan, a noticeable change in body weight will occur as the excess pounds start to disappear and energy levels increase.

With the help of our experienced practitioners, the program is customized to your personal needs. Our program is 100% drug-free, does not require any special food or products, and is easy to maintain.

There are two main elements to the program:

*Milk – Recent studies support Dr. Sadkhin’s claims according to The University of Vermont-Burlington, where participants who increased the amount of calcium in their diet lost more weight then those who did not. Calcium derived from milk was also found to strengthen bones, reduce bone loss during the aging process and assist in blood clotting and nerve health.

After medical school Dr. Gregory Sadkhin began his residency at the Odessa Cardiological Center. He worked on a team that was researching methods of weight loss for cardiac patients. The team’s priority was finding a way of generating rapid weight loss for those patients in life-threatening situations, a condition Dr. Sadkhin calls metabolic desynchronization. The first step was finding ways to limit their food intake, the leading cause of weight gain. Patients were immediately placed on a restricted feeding plan, which seemed to work until patients began to cheat. They began eating more than they were allotted, complaining of severe hunger. This dilemma became the foundation for The Sadkhin Complex®.

With medication a scarce luxury in Russia, Dr. Sadkhin immediately turned to his acupuncture training to find a natural way to control hunger. Two researchers in his group had heard of a unique approach to stimulating biologically active points, one that did not involve needles. He located two points behind the ear that conformed to characterizations of points that were biologically active, having similar temperature, resistance and metabolic rate. He began conducting tests during clinical trials on the efficacy of the points and found them to be effective in a little over 50% of patients. Every two or three days he would move the location of the seed as the area would become less sensitive and less responsive to the stimulation. These were the sixteen Hunger Control Points that remain and register today by Commissioner of Patents and Trademarks as The Sadkhin Points®

In the 1950’s, in Japan, practitioners were using a new technique called Tsubotherapy. They were using steel instead of rice grains and apple seeds to stimulate biologically active points on the human body. The main difference lay in the fact that one could either push or stimulate these steel balls or not, either way they elicited a response through the electro-magnetic force that was created. This new technique was adopted by Dr. Sadkhin’s lab and the patients pressed on the tiny steel balls only when they were hungry.

Dr. Sadkhin then added the element of chronobiology to his research. After meeting an old Tibetan doctor at the Badmayev School who had practiced in Russia for many years, Dr. Sadkhin learned a method of treating different organs and systems. This Tibetan method was quite interesting. The doctor would diagnose a patient through their pulse, and locate the two organs that were most problematic. He then proceeded to apply acupuncture needles treated with medicinal herbs to these specific organs taking care to do it only at certain times of the day or evening. Dr. Sadkhin learned that 7:00 PM was the optimal time to clean organs and systems – thus this became known as the longevity time. This time coupled with those times most critical for particular organs give us the “special times” used on the program today. It would be years later that he learned Western medicine was slowly realizing that this age-old knowledge had tapped into the secrets of the biological clock. In addition to whenever they were hungry, patients were instructed to also stimulate their steel balls at these times. The results were immediate and drastic. Blood tests, EKG’s, stress tests and other diagnostic tools began to show marked improvement.

It was understood that the longer a patient used one set of points, the better the effect was on their organs and therefore their overall health. After extensive testing, it was found that the areas were no longer sensitive to the stimulation after ten days. Ten days became the optimal length of time to affect certain organs and the hypothalamus. It was then decided that instead of responding to the body’s hunger response, appetite could be controlled preventively. Instead of stimulating the points only when patients were hungry, they were instructed to send stabilized satiation signals to the brain every few hours. Tracking the results, it was determined that organ function worked rhythmically with oscillators functioning every one-and-a-half to two hours. The hunger control portion of The Sadkhin Complex® was born.

At this point, patients were still eating whatever they liked but in smaller quantities. Items such as meat, potatoes and bread were still included in the nutritional portion of the program. Dr. Sadkhin began to think that instead of limiting the quantity of the food that patients ate – he would change the quality. He and his team traveled to Georgia, an area of Russia that is densely populated with longlivers (people that normally live to the age of one hundred or more) to find out their secret.

How and why did they live so long? Could we incorporate elements of their lifestyles into our own? Could a modern, industrialized city use their wisdom to increase our own health? Although there were a few cases of diabetes and some people with heart conditions in this population, there was almost no occurrence of obesity. The secret was simple, yet profound. Their diets consisted mainly of fruits and vegetables and oatmeal. They rarely included meat or bread and they incorporated two core ingredients, milk and honey.

The nutritional portion of The Sadkhin Complex® was changed to reflect the organic and nutritive qualities of healthy foods. Fruits and vegetables took care of the carbohydrate part of the meals in a natural, easily digestible form. As for protein and fat, a crucial component of any diet, milk was chosen. Milk, second only to honey in its importance and therapeutic value, offers us the chance to nourish the body without putting any undue stresses on the digestive system. Once again, these findings were confirmed in an April, 2000 issue of the Journal of American College of Nutrition. The entire issue was dedicated to milk and its potential benefits. There was even a study that found that a diet of just milk or just fruits and vegetables does not help stabilize blood pressure, but when the two are combined there is a marked stabilization of blood pressure levels.

Using The Sadkhin Method to regulate hunger and incorporating the therapeutic quality of food, a viable solution to weight control was created.